"There is in every child at every stage a new miracle of vigorous unfolding." — Erik Erikson 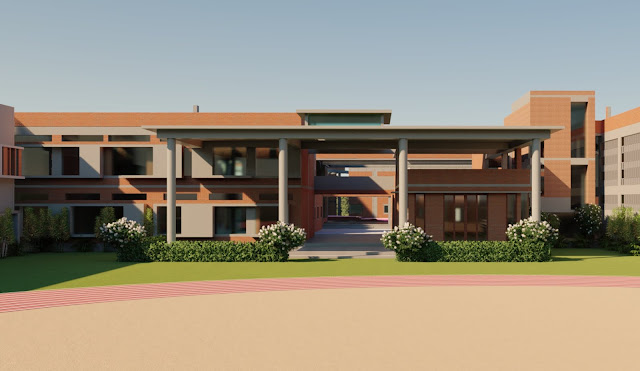 Our objective is to actively take part in the unfolding process, to help them, to initiate, to catalyse their process by being a part of it. The school was designed to create a dialogue with the surroundings of the site, as the team produced a building for the modern era which manages to also remain ‘firmly rooted in the vernacular traditions of India’s past.’
The main goal was to create a ‘connect between the green spaces and the built-up’, to bring the children closer to the nature. An ‘interplay of light and shadows’ was achieved with large openings and brick screen walls. The provision for natural light into each classroom has facilitated in making the building a sustainable design. 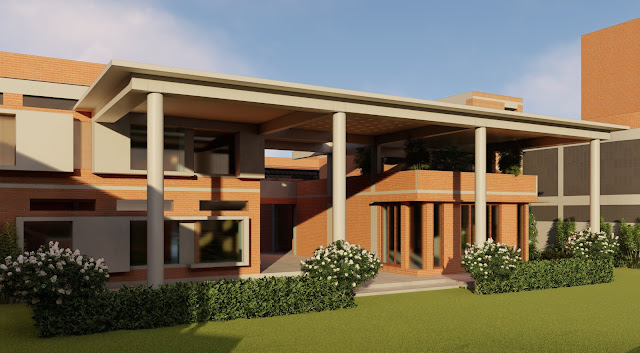 The planning is done in such a way that the classrooms are placed around central courtyards, design was done in a non-conventional way to drift away from the matchbox sort of a feel in the design, by introducing organic forms in the planning with the implementation of curved walls. The Admin is approached from the main entry along the pathway sandwiched between the landscaped area. The classrooms of the primary block are induced with curves as informal seating spaces. The secondary consists of classrooms with movable partitions that can be modified according to the need of space. 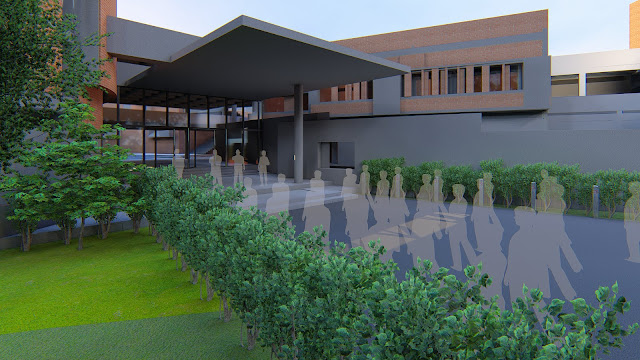 The primary and secondary blocks are followed by the library and the lab blocks pushed behind, away from the hustle. The library is designed to ‘meet the needs of different age groups’ of the children. The elliptical form creates an enclosed and distinct effect on the user. This multi-storeyed structure linked to a green court perceives a sense of liberty. The furniture is designed and placed in such a way that it is innovative and user-centric design.
The corridors act as interaction spaces apart from connecting the different blocks. 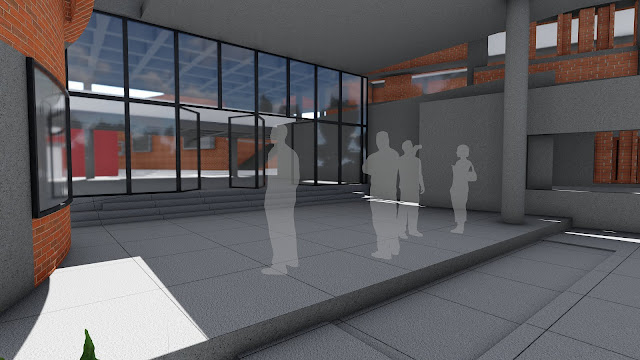 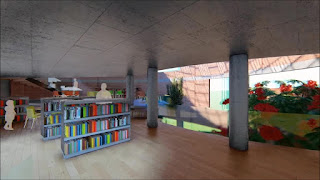 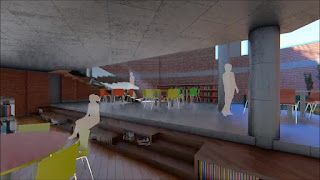 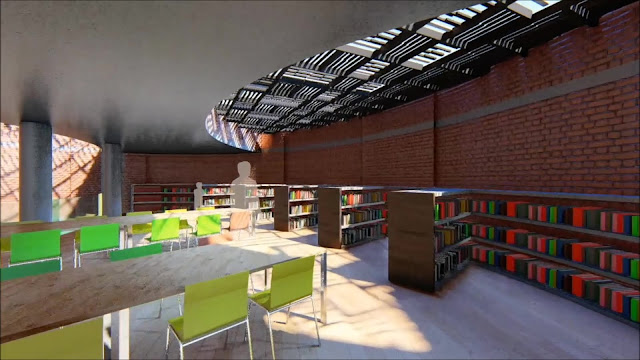 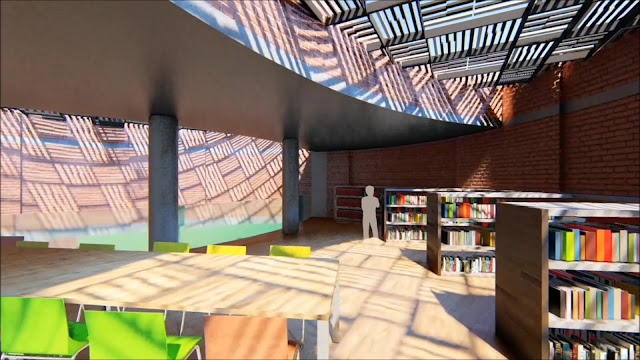 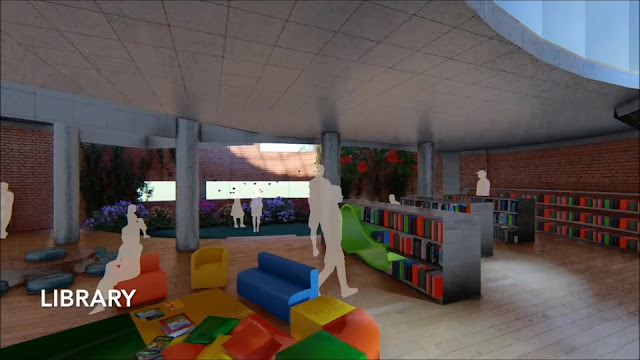 The corridors were designed to make them ‘look joyful’. There is a play of volume and light along the corridor. The corridors weave through the spaces connecting through the spaces in a linear fashion, with the courtyards visually breaking the linearity and forming buffer zones by bringing in the green spaces. Informal seating in the courtyards make the entire building lively. The design involves the use of exposed brick and concrete as the primary materials. On the whole with its unique architecture, the classroom block connects and communicates with the students in a way which will create a lasting impression in their journey of life. 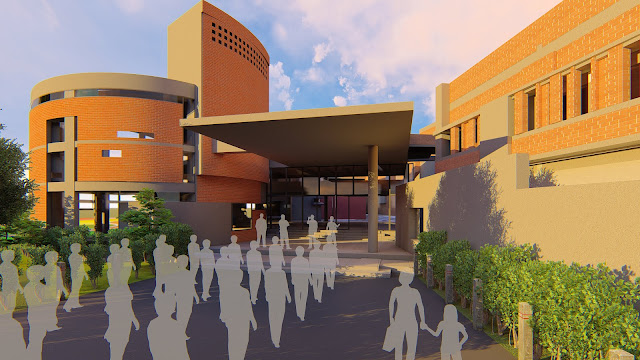 house around a court

residence in one ground 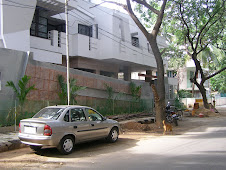 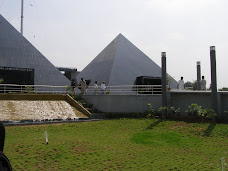 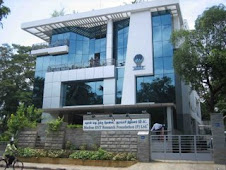 Mannmuqi Village is a project conceived by Rural Development Foundation, a trust & Promoted by NSA (INDIA) Private Limited both the organization dedicated to develop rural India. This Village Project is for active and productive living for the Senior Citizens in a village near to Chennai City. Mannmuqi Village offers senior citizens opportunities to lead an active life, both mentally and physically. It provides social and moral support to senior people whose families have failed or could not to provide them with primary care due to many reasons. 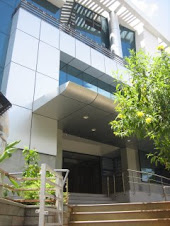 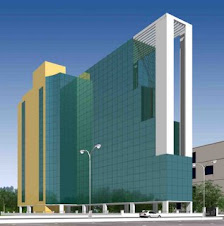 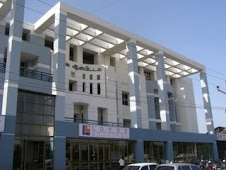 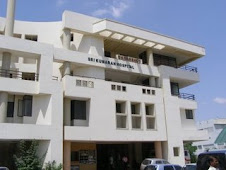 our scope and services

Preliminary services:
Advice on choosing a building site (or measure existing building.)
Programming:
A written description of your needs, which is used as the basis for design.
Schematic design:
Sketches of various alternate schemes that will satisfy your program. After receiving your comments, a single scheme is developed.
Design development:
Drawings, outline specifications, and estimates that further describe the size and character of the project.
Contract documents:
Working drawings and specifications describe the work in detail. They are used for competitive bidding and for construction of the building.
Bidding:
Help in finding qualified bidders who are interested in building your project.
Contract administration:
Site visits from time to time to assist the contractor with interpretation of the contract documents and to verify that the work conforms to the documents. The Architect will also certify payments earned by the contractor. the death and the departure the beauty of kota external visiting faculty for the 4 th year students at

anna university for the session jan to april 2009

thesis guide for SATHYA BAMA UNIVERSITY, dept of architecture ,10 th semester,. will be conducting 5 4 to 5 review sessions thru the entire semester,november 2008 to march 2009

lecture at gennys gateway,auditorium ,given to students of architecture and practising architects and engineers at salem ,i was invited by prof. viapuri,h.o.d.vinayaga mission university,salem,at their annual day celebrations, july 2009 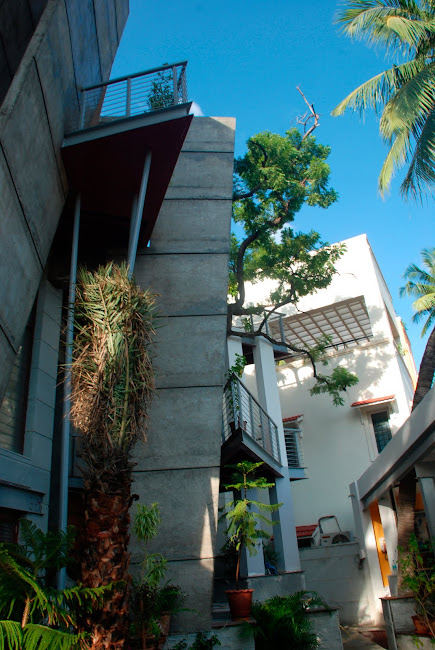